iSpeech.org
What is the Okinawa Diet and how long is Japan's Life Expectancy? Japan's life expectancy is on average a lifespan of 84 years. But the likelihood for Okinawans to live to 100 years is 5 times higher than their counterparts in other areas of the country. Okinawa is an island, located about 1.500 km south of Japan's main island with almost 1.5 million people, living on 1,200 km². It is one of the so-called blue zones. Because Okinawa is outstanding, in terms of Japan's life expectancy. 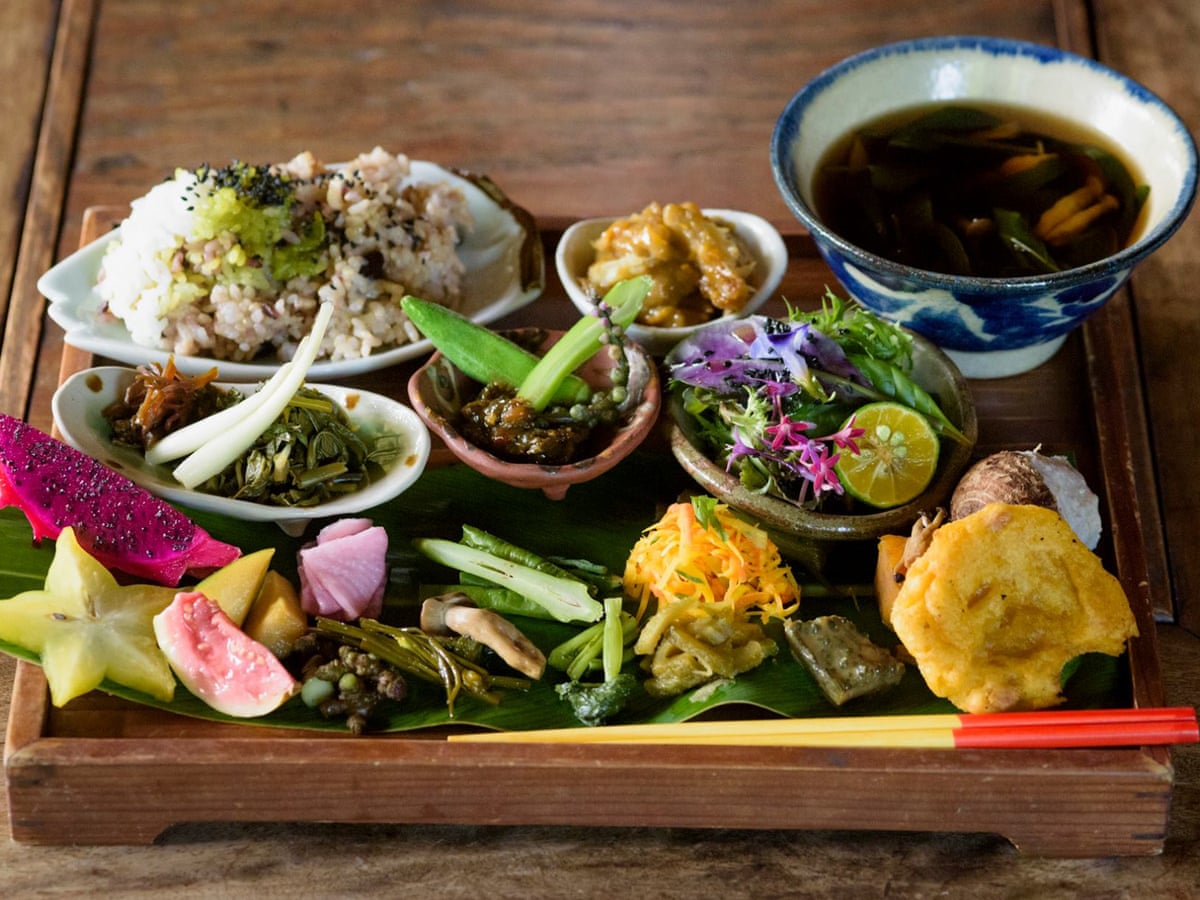 The Okinawa diet is based on the traditions of the inhabitants of the Ryukyu Islands in Japan. Average lifespans vary wildly across different countries. And Okinawa island is no exception.

Many think their secret to a long life may lie in the Okinawa diet. Which includes a wide variety of colorful fruits and vegetables. Their typical food contains only a little amount of meat, seafood, grains, and dairy if those are consumed at all.

In his book "Lifespan", David Sinclair describes the Okinawa diet and other common habits that increase the worldwide and Japanese life expectancy. He talks about the factors that extend lifespan.

Researchers from the University of Exeter said: "People who spend at least 120 minutes (or two hours) in nature per week, are significantly more likely to report good health and mental wellbeing. Compared to those, who don’t spend any time in nature at all during an average week".

Regular exposure to nature improves both physical and mental health. Around the world, there’s a growing movement to support this idea. In Japan, for example, “forest bathing,” is the common practice of taking long walks in the woods.

It has been the focus of dozens of studies, to investigate its beneficial effects. More good news, any type of outdoor setting will help. To enjoy these benefits, you aren’t limited to spending time in a forest.

LOOK ON THE BRIGHT SIDE

Past research has shown, that being an optimist may support a longer life span. While there isn’t a one-size-fits-all approach to a happier and healthier lifestyle. There are a few simple changes you can make in your everyday life to make you feel more pleased and vital.

GET SOME SLEEP, BUT NOT TOO MUCH

The body’s natural sleep-wake cycle originates from the circadian rhythm, can be thrown off its axis. Lack of sleep, or too much of it, has many potential side effects. Which are ranging from irritability to a negative effect on your overall wellbeing. Due to that, it’s important to aim between 6 and 8 hours each night.

In 2019, the old wives’ tale claimed, we all need to be walking 10,000 steps a day, was discredited. Almost 17,000 women with an average age of 72 years participated in a study in Birmingham. It proved, that those who took at least 4,400 steps a day had a 41% lower mortality rate during the study. Compared to those who only walked 2,700 steps. Interestingly, the benefits of walking plateaued after 7,500 steps daily!

Don't miss the next part, sign up for free via this registration link.

Understand the messages of your body. And, how to act on them to extend your lifespan.