Startseite » About Klaus Forster and Vitality4Happiness » The End of Absolute Poverty

The End of Absolute Poverty

Rooms4Music donates 1% of its gross sales to end Absolute Poverty

In June 2015 I came across "Gapminder" by chance. The initiative to end Absolute Poverty really touched me and I had the idea of "Rocking 4 A Better World".

In his videos, Professor Hans Rosling explains his expectation, how the global population, education, and absolute poverty are going to develop until the end of this century. He pays special attention to the development of the proportion of the population living below the poverty line. Professor Rosling predicts such an encouraging development, that most of us have a very good chance of experiencing a world without hunger! I want to contribute to it with "Rocking 4 A Better World".

Facts about the development of the population and absolute poverty - Hans Rosling, Source: http://www.gapminder.org/

In 2015, almost 1 billion people were living in absolute poverty. This means their income is below US$ 1 per person and day. That's equivalent to a handful of beans and 2 - 3 cups of rice. These people do not even own a pair of flip-flops, and most of them can't even imagine driving their own vehicle.

The European Central Bank is currently (2018) pouring € 80bn into the market each month by purchasing government bonds. One-fifth of this money would be enough to stop hunger immediately! They won't do that, but everyone can do something about it: It's just US$ 5 per month and person or 15 cents a day for the wealthier part of the world's population (about 6 billion people), which is living above the poverty line. That would be enough for all human beings to stop suffering from hunger immediately!

Please also support a humanitarian organization, so that the dream of

Rooms4Music wants to contribute to it. The goal of the initiative "Rocking 4 A Better World"  is, to provide 1,000,000 people one day without hunger! Therefore, Rooms4Music donates at least 1% of its revenue to aid organizations, currently mainly for Medecins Sans Frontieres. But we already supported Gapminder, the Canadapura school in Sri Lanka, the Jürgen Höller Foundation, or the school project 300 by Eugen Simon. As of April 2018, we already reached 3% of this target! 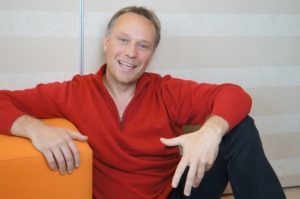 Keep on Rocking for a Better World
Klaus Forster