Startseite » Abkhasia People & what is secret behind their long age?

Abkhasia People & what is secret behind their long age?

It is a society of people known for its incredible longevity and lifespans. This relatively small group of people have long had a reputation for extremely long and healthy lives. It is the greatest claim, made by the propaganda-obsessed Soviet Union. It was that one Abkhasian man named Shirali Muslimov reached a remarkable 168 years old.

How Old Are the Abkhasia? 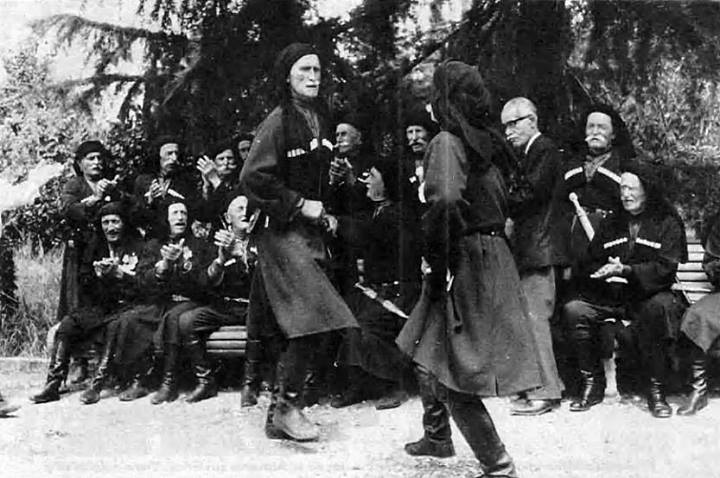 So, the miraculous stories of centenarians and supercentenarians were not entirely true. As to be expected, quite a lot of hype was built around the longevity legends of the Abkhasia.

The Abkhasian culture greatly rewarded age, so many people exaggerated.

The Abkhasia live in the mountains. They spend nearly every day going up and down, in the thin mountain air.

In addition to uniquely active lifestyles, the Abkhasia is also known to follow a mostly plant-based diet. It is emphasizing fresh (as in "picked-it-this-morning" fresh) foods, whole grains, and nuts. The day typically starts with a fresh salad of raw greens harvested from the garden.

It is perhaps just as important as what the Abkhasian people eat is what they do not eat. They are a community that doesn't consume refined flour, oils, or sugars.2

Not only are the Abkhasia known for the fresh foods they consume, but also their overall caloric intake. The average Abkhasian diet contains well below the prescribed 2000 calories per day. The Abkhasia not only eat wholesome foods but comparatively do not eat very much of them.

So, Most experts would agree that there is not just one secret to the Abkhasian people's tremendous longevity.

Also, to an active lifestyle and limited. but a healthy diet. The Abkhasia also have had strong cultural influences that likely only contributed to the number of community members.

They have lived well into their nineties and even into the hundreds. If you take one lesson from the Abkhasia, let it be this: they truly enjoy growing old.

As a group, unlike much of the rest of the world, they look forward to aging. Age lends them status in their community, extreme respect, and a sense of place. Even in their old age, Abkhasians never appear to "retire" in the Western sense of the word. It is to remain active participants in their community until the end of their lives.

3 thoughts on “Abkhasia People & what is secret behind their long age?”